The Valley of the stars

The Valley of the stars around 2 million years old, that the effect of soil erosion, rocksand sand of the wind and the rain and there's rgbarha, the Valley of the stars: shahkar beutifull low, such as the nature on the island of Qeshm. Star Valley dating related toEarth's seosinic plan period (approximately 2 million years).
The north side of the village, near a pool of Qeshm Island, in the posterior, a strangeside effect to your ground plan. According to research anobnini; people believe the location of the stars from the sky and strange forms of soil and rocks and sand.


Qeshm city, which moved to the South Coast side of the village, you will reach a pool of "posterior". About 5 km distance from the posterior to the pool of the beach is located south of the island. In the North of the village is the most beautiful one of theeffects of erosion on the island. The people of the region to the village astarh kfteh(sometimes also the star collapsed). However, the name of the Valley of the stars forthis phenomenon, such as the low-ground-plan is established.

The isthmus of Mount wells

The amazing Gorge "mountain wells" in the Eastern chahoi village of Qeshm Island, with holes and corridors and shapes on the walls of their surprising advances willastound viewers. This geological phenomenon in Germany, Britain, China, the United States and several other countries.
The Strait of the wells mountain, amazing phenomenon of erosion of sedimentaryrocks of the Earth, on the island of Qeshm. The Valley or Gorge in the mountain,meteor section of the well the functions of Qeshm County, a Valley to a depth of 100meters, the erosion of sedimentary rocks. Qeshm city in 70 km from the Valley and next to the village of chahoi, in the western part of the north shore of Qeshm Island, and is one of the most important tourist attractions of Qeshm Island. This wonderfulValley, in the heart of the Rocky Mountains that form an integrated tick is cut.

The Pahlavi period change related to the dam, and is located in the village of Qeshm Island, protested and the effect on 25 March 1379 with registered number 3057 as one of the national monuments record.
In Qeshm, 78 km of the historic dam, "Goran" that the experts, is the first of the Achaemenid period belongs to the dam and its Crown of the Sassanid period to know Fresh water main, first, value and therefore is that the optimum benefit from this ferment has the vitality, the life pattern has been typical of Qeshm, which it can be found in the historic dam Foundation and its ponds Cloudburst that back on the remains of Sassanid times, well observed 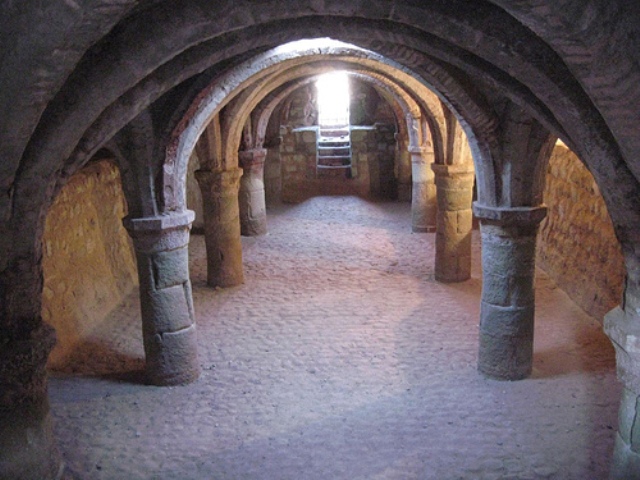 The castle in the year 1507 to command "Alfonso albrkark" Portuguese sailor on thenorth side of Qeshm Island in the Persian Gulf and the Sea Beach was constructed.
Albokerk, Gulf Islands span capture, and in this way on the marine commercial waybetween India and EU dominance is an important waterway, marine prtghaliha chirgicovers 110 years. During this period they began dejha and asthakamati to build, including Qeshm and Hormuz, dgei lark. Finally, in the year 1623 ad, this castle and other sites in the mouth of the Persian Gulf is one of the Iranian Safavid Commandermtserf, and consequently the most significant waterway in the world today areovercome.
The castle of Qeshm msahati 2 thousand square meters of calcareous rocks andplaster with mortar made of a local site and move a part several times during acentury. Right corner of the Fort.
Chharberj in bazohaiy and that is any long balls and mnjeniq are based on its widthmay have been applied as a main Castle or large warehouse instead of guns andammunition have been kept in the emergency situations to help other dejha. The castle was a fortress of the Portuguese driver to communicate with the fortress of Hormuz and deliver procurement and services to this central Castle was built in Qeshm.

Khrbes cave is one of the tourist attractions of Qeshm County and parts ofHormozgan Province in southern Iran is spectacular. This cave in fifteen kilometers from the town of Qeshm on the right side of the road to khrbes village and rmchahvillage of Qeshm. Great village, khorbiz or khrbes (khrbes) (XARBEZ) is now entirely a nation and a pond but graveyards Kalateh and there it remained. This village at leastup to the time of sasanian (1400 years ago) location and the location of the siahanand traffic authorities has been the shipbuilding. The name khrbes is a word in the language of Pahlavi of the show can be found in it. In the heart of the village heightskhrbes, works of architecture that can be seen in the cliff to the belief of someresearchers, Oh followers of mithraism or the Anahita Temple (God of water). The Medes period dating to this effect.
The structure of the secret cave and take the offensive on the looming, the idea here is that the was stoked the Medes in the sealed place to praise Oh goddess Mithra..

The cave of Qeshm (PBUH)

At a distance of 90 km of the town of Qeshm Island, in the South-western part of the mountain is the last dome-shape to an altitude of 237 metres above sea level is located in the salt cave. Gharhai namaki Qeshm Island is one of the splendid nature in this beautiful island and jloheai dream picture of Iran. The existence of the Whitestreaks on the body of the salt mountains of the beautiful sight away.
Salt cave spans the distance from neighboring Beach Road about 2 km isrecommended with the foot scale. Inside the cave the salt especially deep in the dark,and to view the Crystal salt stalikit need to pranor flashlight. The roof of the caveof crystalline salt and alabaster ghandil in various forms and have covered the exquisitelandscape.. 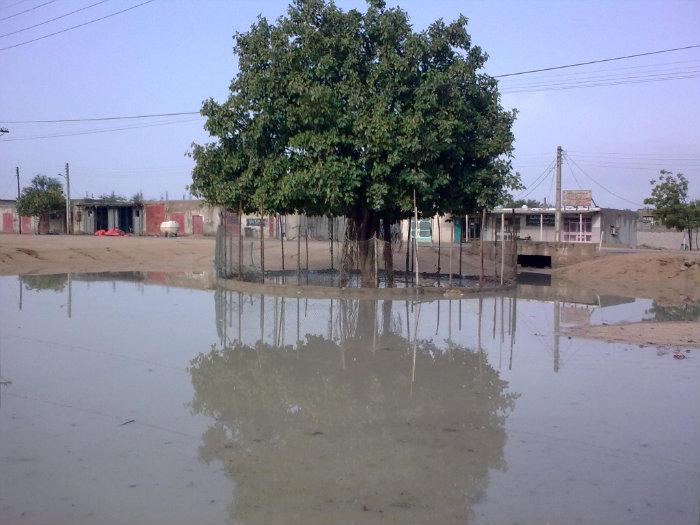 Torian, one of the island villages, which is approximately 31 km South West of Qeshmand by a length of 2 km of the road were the main road race-separate basaido. Thisvillage from different directions with the other villages of hmjmoar. To the North ofkhaldin village and rmakan village to the South and to the West of the village and the traditional theme of the East Garden village will be limited to the top
In this village there is a boom in addition to agricultural planting, sunflower andground spices seifi groves of this beautiful area of the important sights.
At the time of the riots and chaos that the era of Mongol Iran any sponsors who arelooting, mogul John in to the corner of meeting and amani is presumably sponsors of their President was to specify a Turan Qeshm Island has come and the residence andbargahi and masjedi and hamami and based on the name of the Red Cross and to theSHAHI toranshah, according to the historical documents has been one of the twotoranshah on the island of Qeshm Island and the other drgesirh.. 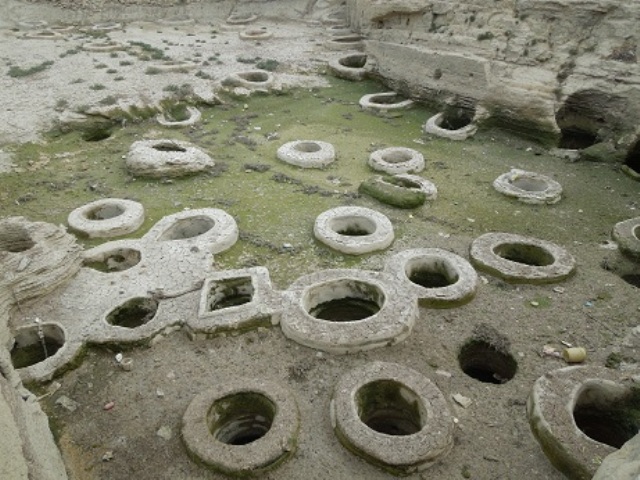 At the time of the riots and chaos that the era of Mongol Iran any sponsors who arelooting, mogul John in to the corner of meeting and amani is presumably sponsors of their President was to specify a Turan Qeshm Island has come and the residence andbargahi and masjedi and hamami and based on the name of the Red Cross and to theSHAHI toranshah, according to the historical documents has been one of the twotoranshah on the island of Qeshm Island and the other drgesirh.
Chahhai carved at the port of laft in stone mountain and non have been digging andgood place to act as "artysin". Some have written their water from the rain andupstream supply of rocks and dunes Weir is accordingly "have been renamed" of Teland browse to "gold" have fame.
The number of chahha more than 50-60 rings, which generally have that unless theywater the flowers and accumulated sediments and should l robi. Mesquite tree ofseveral ancient, shoot bolt in the bolt and tied their ghtour and brdhand down to therishahshan within a stone into the water. The people of this area chahhai the water and trees and next to the chahha consider sacred and they perished and shade treeson one of the most ancient branches of the tree with green fabric involved..

An area known as South Beach, in the slkh Bowl brhoti 7 km length is about 5 km and a width of about which there is no botanical coverage on it.
Here is a field as vital elements of life and made no. Thousands of small and large hillsmkhroti and frsaishi forms in this arena to the eye that in past ages of jushideh andclosed at the same time stiff and mahorhai Hill and the formation of a broad andoverlapping.
In depth healing sulfur springs from this brhute one Earth boils. This collection shows that factors in the lower layer in the region of the great reservoirs of oil and gas slkh brhute there..

In the western part of the island, and between the North and South of the islandbetween the two drums and slkh Harbor village, Highlands called the roofing industry.BAM Portal is the most extensive that elevated half flati elevated area of the island, and the unprecedented prospect of control over it can be.
The elevated section is mainly of limestone, which includes hard shell of shellfish is plentiful, and in the domain and the margin of the heights, the loose along with limesandstone and silt view that have eroded drastically.
One of the ways of good access to the roof from the main drums passes from the end of the bypass machine, after about 15 minutes of light on and climb out of thedomains can access the plateau level. Here, bghayai there is also a village electionsthat the people of the region they called it the killing of Kalat and this name is notclear. Much of the regular old divarhai asari, the campus life, paid a few stone piecesPack a healthy atmosphere of relatively similar to aghle animals or structuralsimulation of drainage network, and exploitation of sewage in viraneh, or view. Also,baked clay and pottery from ghtaat, which is probably related to the Islamic era isamong the viraneh to be found..